Phoebe Parker-Shames, a fourth year PhD candidate at UC Berkeley and researcher with the CRC,  is studying how cannabis cultivation interacts with surrounding landscapes and wildlife communities across Southern Oregon and Northern California. To her knowledge, she is the only ecology PhD focused on cannabis. In an interview, she defines her broader objective and methodology as “an interdisciplinary approach to studying the ecological outcomes of cannabis legalization.” Parker-Shames outlines her research in four parts: mapped data, interviews, wildlife camera traps, and “mechanism of effect” experiments.

The first part of her research involves mapping cannabis production sites across Southern Oregon. She says, “I am quantifying land use change to understand it at a broader scale, across different political boundaries.” She plans on analyzing this data alongside the Northern California data collected by Van Butsic, another CRC researcher.

The second part of her work is comprised of interviews with cannabis farmers in Southern Oregon and eventually in Northern California as well. In both study locations, mapping has revealed a clustering pattern of the spatial distribution of cannabis farms. Parker-Shames explains, “If you actually talk to the growers, and talk to them about their relationships to their neighbors and the landscapes around them, they can explain these patterns.” For example, the farmers she interviews have explained that neighboring producers rely on one another for support. She says, “There is a whole human element that will explain things from the mapping side. I am using the interviews to understand what the mapped data means for how farmers relate to the landscapes around them.” 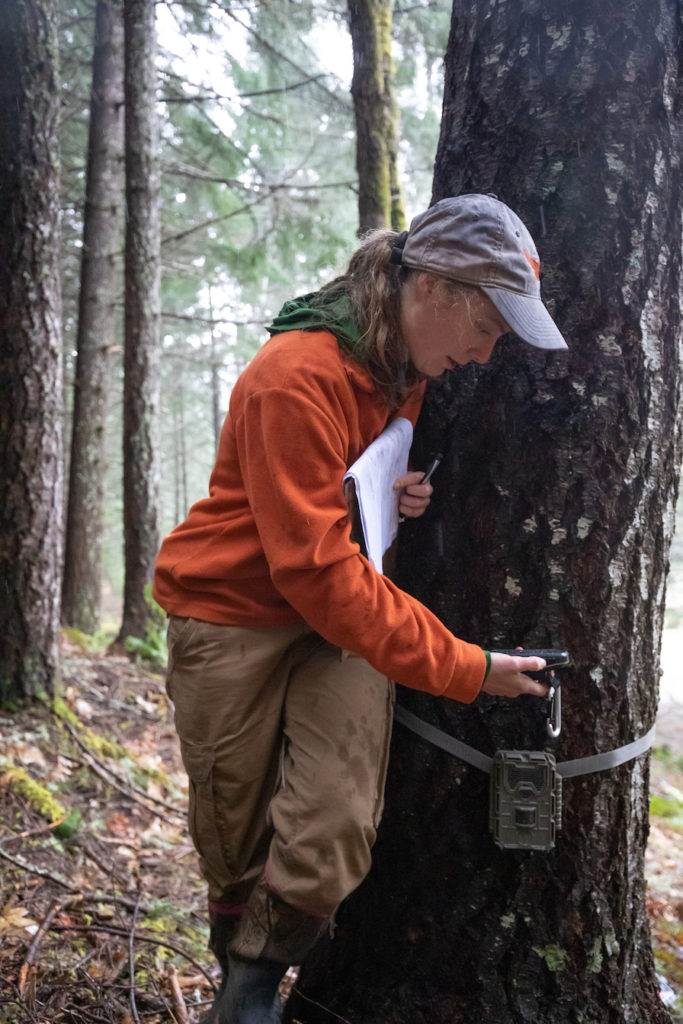 The third part of Parker-Shames‘s research is using camera traps to analyze animal distribution and behavior patterns in response to production. Fondly, she describes, “I like to say, I can’t interview the animals so instead I have to monitor them using wildlife monitoring techniques.” She places camera traps on and around cannabis production sites in Southern Oregon, capturing images of medium to large mammals and ground birds such as turkeys. “I am especially looking at what times during the day or night they have peaks of activity, in relation to distance to the grow.” Already, she predicts that analyzing the images will show a shift in these animals toward being nocturnal, but has yet to formally analyze the data. At this point, she has established one thing: “Wildlife will share space with a lot of these cannabis production sites, which many people did not expect to see.”

The fourth and final part of her project involves experimental trials in Northern California to study indirect mechanisms of effect that grow sites may have on wildlife. She will be comparing different types of grow lights and different sources of anthropogenic noise to analyze its effects on a variety of taxa, including insects, small mammals, birds, and more. For example, she says, “When a grower is making a decision for making the investment on energy efficient LEDs versus high pressure sodium grow lights, there could potentially be a wildlife impact factor to consider in making that decision.” 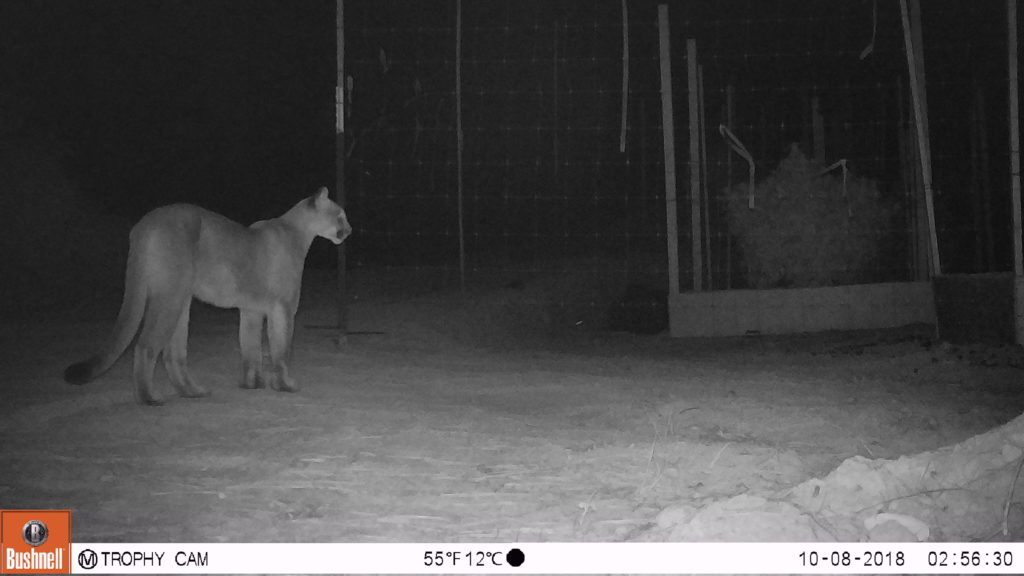 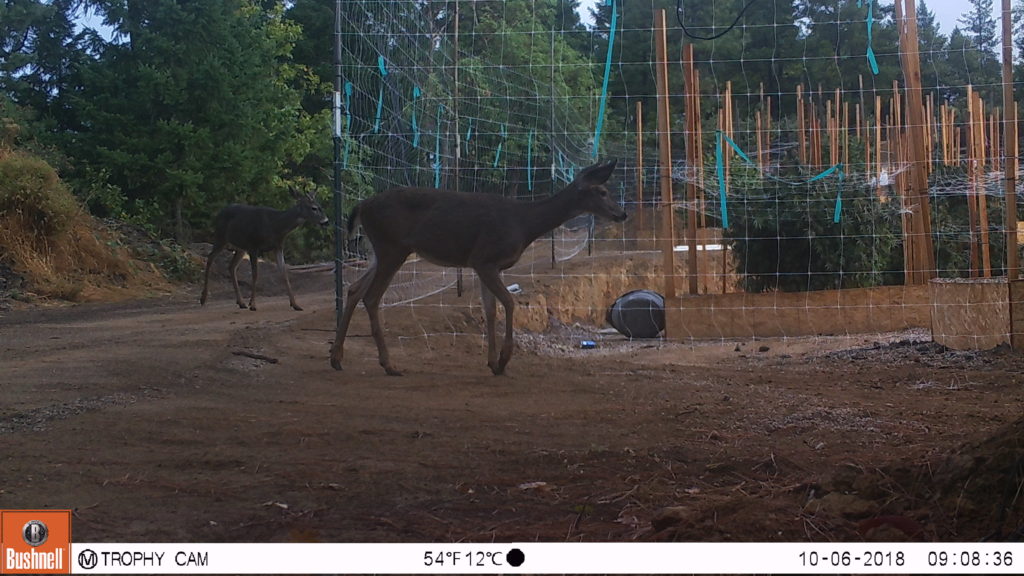 There is limited data on the ecological aspects of cannabis cultivation  because of its federal legal status, and because the crop is still in the very early phases of its development. Parker-Shames’s work is one of many important first steps to creating a foundation of knowledge about cannabis. Overall, Parker-Shames explains, “This research is essentially trying to get some baselines about the interaction between humans and their surrounding landscapes and ecology, as it relates to cannabis development in rural areas.” Ideally, her research will help inform sustainable and equitable cannabis policy.